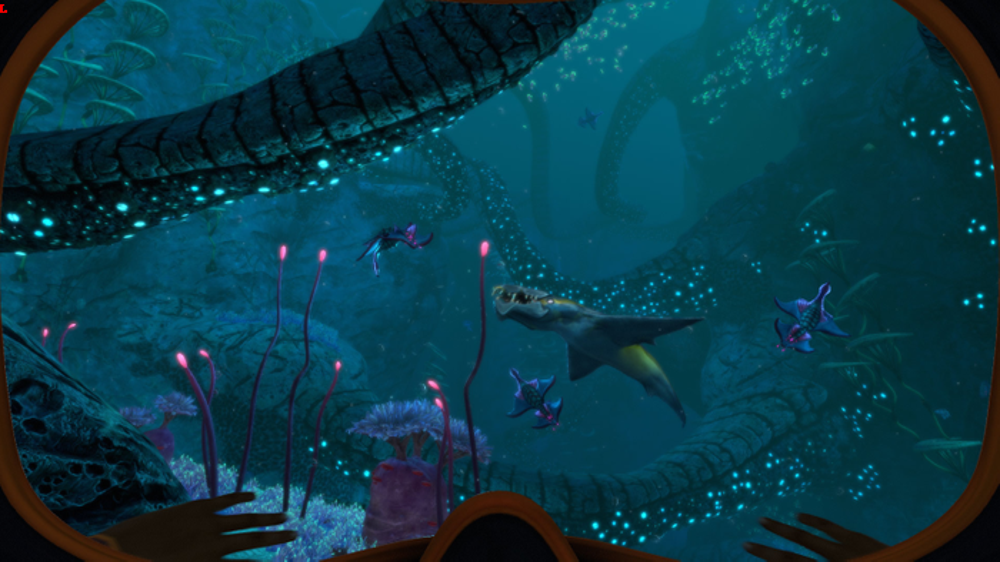 Looking for the best crafting games to while away the hours? We’ve got you covered, with everything from action-packed adventures to relaxing management games. So whether you’re looking for a game to sink your teeth into or just a way to unwind, check out our list of the top 10 best crafting games!

Are you looking for an underwater adventure game that will keep you entertained for hours on end?

If so, Subnautica: Below Zero PC is the perfect game for you!

This game is set on an alien ocean world and is full of new environments for you to explore.

You’ll have to use your wits to survive in this hostile environment, and you’ll also need to construct extensive habitats, scavenge for resources, and craft equipment.

With so much to do, you’ll never get bored playing Subnautica: Below Zero PC!

Tribes of Midgard is a multiplayer, action-survival RPG of gigantic proportions.

You’ll need to become the ultimate Viking and survive – even thrive – to save your village from total destruction.

Luckily, you have a tribe of companions to help you build village defenses and find treasures.

But don’t let that stop you from having the best apocalypse of your lives!

Are you looking for an adventure that will take you to new heights?

In this game, you play as an explorer who is drawn to a mysterious relic.

You will find yourself in an ancient cavern of creatures, resources, and trinkets.

Can you use your survival skills to get out alive?

In Core Keeper PC, you will mine resources, discover hidden crystals, fossils, and trinkets, and survive in a procedurally generated underground world.

You will also expand your base from humble beginnings to a vast homestead.

You can build workbenches and generators to craft new equipment and technology.

You will also need to create your base and power up your Core.

If you are looking for a challenge, you can also customise your explorer and craft new items, armour, and equipment to venture further into the cave.

Elex II PC is the sequel to ELEX, the vintage open-world role-playing experience from the award-winning creators of the Gothic and Risen series.

The game returns to the post-apocalyptic Science Fantasy world of Magalan and features massive environments that can be explored with unrivaled freedom via jetpack.

Additionally, the game includes a deeper story with moral decisions that have consequences, improved combat controls, and the ability to interact with a lived-in world full of unique NPCs.

Tribes of Midgard PC is an action-survival RPG set in a procedurally-generated Norse realm.

You play as a mighty Einherjar warrior tasked with saving Midgard from total destruction.

Luckily, you have your tribe of co-op companions to help you build up village defenses, explore the realm, and take on the giants hellbent on Ragnarök.

Choose your class, craft epic armor and weaponry, and face off against colossal game-changers in this multiplayer adventure.

Icarus PC is a session-based PvE survival game for up to eight co-op players.

Survive its brutal environment as you explore, harvest, craft and hunt while seeking your fortune.

Going Medieval is a game all about building, crafting, and defending your settlement in a harsh new world.

After a global catastrophe has wiped out 95% of the population, you must help a group of survivors settle in a dangerous new land.

Protect your villagers from starvation, the elements, and other dangers by stocking up on supplies and building shelter.

Research, craft, and equip weapons and gear so that your colonists can fight back against unrelenting waves of attackers.

Get to know your villagers by observing their behaviour and relationships with others, and shape your story as you help them grow the population of your settlement.

God of War is an action-adventure game set in the Viking age.

You play as Kratos, a man on a quest to find his son and protect him from harm.

The game is full of intense combat, puzzles to solve, and a story that will keep you hooked from beginning to end.

With stunning graphics and an immersive game world, God of War is a must-play for any action-adventure fan.

Looking for an underwater adventure?

Look no further than Subnautica for PC.

In this game, you’ll crash-land on an alien ocean world and have to find a way to survive.

With a massive open world full of wonder and peril, you’ll have your work cut out for you!

Scavenge, craft, and build to survive in this hostile environment.

You’ll need to be smart about how you use your resources if you want to make it off the planet alive.

And be careful – the night brings out dangerous predators that you’ll need to avoid if you want to stay alive.

Dive into an unforgettable adventure today with Subnautica for PC.

Hunt to your heart’s content with Monster Hunter Rise + Sunbreak for PC.

This massive expansion to the award-winning Monster Hunter series features new monsters, new locales, and more to keep you hunting for hours on end.

Rise to the challenge and join the hunt today!