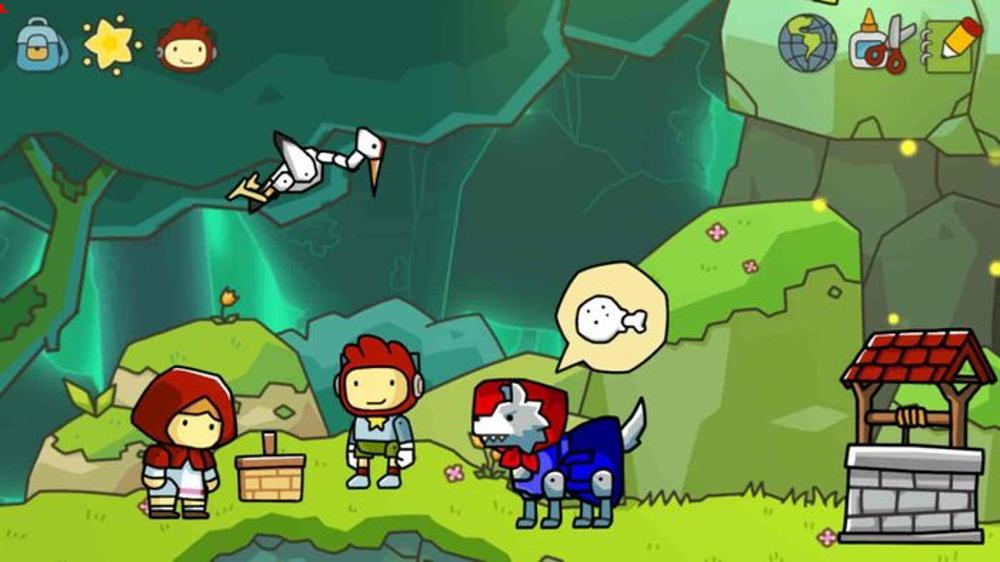 Looking for a laugh? Check out our list of the best comedy games for PC. From family-friendly titles to party games perfect for a group of friends, there’s something for everyone in this collection. And with a mix of multiplayer and singleplayer options, you’re sure to find a game that’s perfect for your gaming needs. So grab a seat and get ready to laugh your way through some of the best comedy games on PC.

Scribblenauts Unlimited is the perfect game for anyone with an imagination.

With an open world to explore and puzzles to solve, you can use any object you can think of to progress.

Create your own objects to use in game, or modify existing ones, and share them with friends online.

With a comprehensive hint system and Starite Vision helper, you’ll never be stuck for long.

So get ready to let your imagination run wild in Scribblenauts Unlimited.

The Teenage Mutant Ninja Turtles: The Cowabunga Collection is a must-have for any fan of the heroes in a half shell.

This incredible collection of thirteen original classics gives you a fresh look at why KONAMI’s adaptations of the TMNT set the standard in beat ’em up, action games.

The collection includes all of the iconic TMNT games, from the original arcade game to Tournament Fighters, as well as a host of extras.

You’ll also get a digital game guide for each title to help you fight and sometimes swim through difficult areas.

Dead By Daylight – Stranger Things Edition PC is a multiplayer horror game that will keep you on the edge of your seat.

With the addition of the Stranger Things Chapter, you will be able to play as Nancy Wheeler or Steve Harrington.

This game is perfect for anyone who loves a good horror game with a twist.

The Jackbox Party Pack 7 is the perfect way to liven up any gathering!

With five new incredible party games, there’s something for everyone to enjoy.

From the say-anything threequel Quiplash 3 to the collaborative chaos game The Devils and the Details, there’s hours of fun to be had.

So round up your friends and family and get ready for some laughs with The Jackbox Party Pack 7!

Are you looking for an adventure that’s full of whimsy, wonder, and high-powered weaponry?

This chaotic fantasy world is brought to life by the unpredictable Tiny Tina, and it’s your job to explore it!

You’ll blast baddies with powerful guns and devastating spells in frenetic first-person battles, and use your firepower to vanquish legions of enemies!

Then delve deeper into dangerous dungeons for a shot at epic loot!

You can even create your own multiclass hero and customize them however you like!

Join the party and be Chaotic Great!

Players are thrust into the action of every iconic moment of the era – from clashing swords, to storms of flaming arrows, to sprawling castle sieges and more.

Catapults tear the earth apart as you lay siege to castles, set fire to villages and slaughter filthy peasants in the return of Team Objective maps.

A fully featured mounted combat system makes you feel like you are fighting atop a thousand pound beast of war, including the ability to trample your foes, land devastating front or rear horse kicks, unhorse your opponent with a lance and engage in deep melee combat with grounded or mounted opponents.

Rise to glory and expand your arsenal with a new subclass system that provides more variety than ever before.

If you’re a fan of the Ghostbusters franchise, then this is the game for you!

Ghostbusters: The Video Game Remastered is a third-person adventure game that features the voices and likenesses of the original Ghostbusters cast.

You’ll join the team as they test their mettle against large scale boss fights, use the PKE Meter to scan the environment and artifacts, and capture ghosts of all types.

The game also features an original story penned by the writers of the Ghostbusters films.

So strap on your proton pack and get ready for some ghostbusting action!

The Jackbox Party Pack 9 is the latest installment in the best-selling Party Pack franchise.

This edition includes five new games that are sure to liven up any party, whether you’re playing with friends in person or remotely.

With a wide variety of game modes and a host of new features, The Jackbox Party Pack 9 is the perfect way to add some fun and excitement to any gathering.

The Jackbox Party Pack 8 is the perfect game for your next game night, holiday party, or video call!

This installment of the beloved franchise includes five hilarious new games that will energize your group.

No extra controllers are needed – players use their phones or tablets to play along.