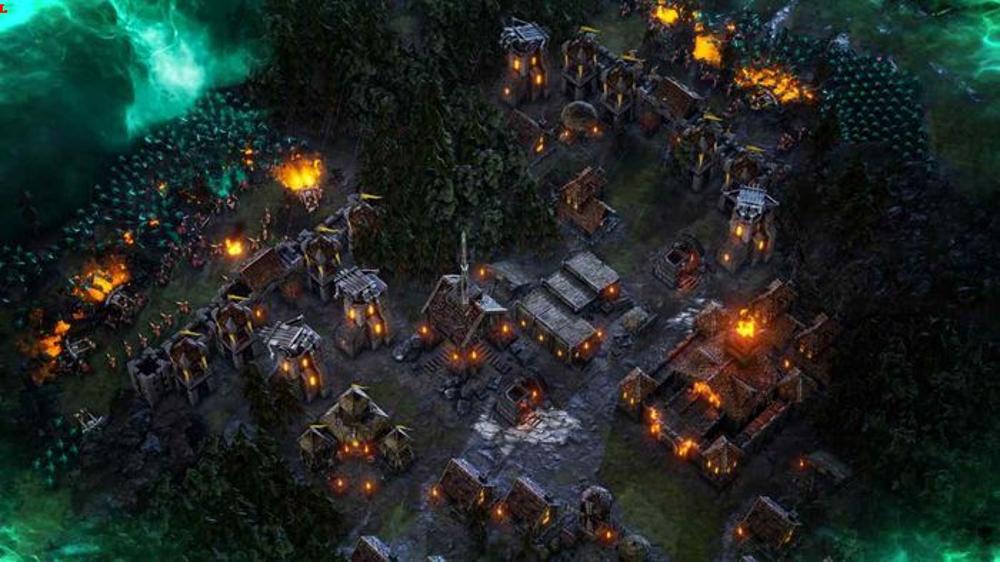 Looking for the best dark fantasy games for PC? Look no further, as we’ve got you covered. From Age of Darkness: Final Stand to Warhammer 40,000: Darktide, we’ve got a great selection of titles for you to choose from. And if you’re a fan of the Castlevania series, you’ll be happy to know that we’ve also included the Castlevania Advance Collection in our list. So, what are you waiting for? Start exploring the dark side of gaming today!

Age of Darkness: Final Stand is a game about building, gathering and fighting in a desperate last stand against an onslaught of never ending evil.

The darkness is an entity of evil that is constantly trying to consume the world in darkness.

The only way to fight back is by using the power of light and fire.

The game features a unique ‘SwarmTech’ that allows for over 70,000 AI units on the screen at any one time.

The player must build up their defences and fight against the hordes of enemies during the day and night.

The game also features unique heroes that can be levelled up and micro-managed in order to gain an edge against the dark forces.

Mortal Shell is a deep action-RPG that tests your sanity and resilience in a shattered world.

As the remains of humanity wither and rot, zealous foes fester in the ruins.

They spare no mercy, with survival demanding superior awareness, precision and instincts.

Track down hidden sanctums of devout followers and discover your true purpose.

The dead litter this tattered landscape, but not all are without hope.

The lost remains of defeated warriors are yours to discover.

Awaken these Mortal Shells, occupy their bodies and significantly open your understanding to diverse masteries of combat.

Your path is guarded by desperate adversaries, devoted to inscrutable gods.

Behold creatures both pitiable and grotesque, but do not let fear halt your journey.

Muster your courage and face them down.

Combat is strategic and deliberate.

You must commit your sword only when an opportunity opens.

Get ready to enter the dystopian and violent world of the Warhammer 40,000 universe where you play the part of a convict turned agent who serves the zealous Inquisition.

In Warhammer 40,000: Darktide, you’ll choose your class and customize your skillset and load-out to suit your own style of play.

You’ll also have the chance to upgrade your gear, customize your character’s looks, and prove your worth to the elusive Inquisitor.

With intense 4-player co-op action, you’ll need to work together with your friends toroot out the enemy before the city succumbs to Chaos.

Stem the overwhelming tides of enemies alongside up to 3 friends in this harrowing co-op experience.

Team composition and collaboration are critical, and will determine whether or not you secure victory for the God-Emperor.

Dark Souls Remastered is the updated version of the original Dark Souls game.

Re-experience the genre-defining game with high-definition detail running at 60 frames per second.

If you’re looking for an intense and dark gaming experience, look no further than DARK SOULS III.

With a variety of environments to explore, from old ruins to dungeons, you’ll never be bored.

And with Colossal enemies waiting to battle, you’ll be on the edge of your seat the whole time.

With rewarding gameplay and realistic graphics, DARK SOULS III is an epic entry into the franchise that you won’t want to miss.

This collection includes the three legendary Castlevania games that were first released in the early 2000s, as well as Castlevania: Dracula X and some never-before-seen sketches and artwork from the games!

All four games are enhanced with newly added modern features such as Rewind, Save/Load and Replay, making this the best way possible to experience these classics or discover them for the first time!

Warhammer 40,000: Chaos Gate – Daemonhunters Castellan Champion Edition PC is a turn-based tactical RPG that pits you against the corrupting forces of Chaos.

As the leader of the Grey Knights, it is up to you to stop an insidious plot to infect the galaxy with a cosmic plague.

Upgrade your base of operations, build new facilities, and engage in combat missions across multiple worlds to purge the corruption.

Customize your squad of Grey Knights with voice, armor, and facial options, and specialize them into unique classes.

Use the Precision Targeting system to plan your strategy with confidence, and adapt your tactics to overcome overwhelming odds.

Ashen is an open world co-op action RPG about a wanderer in search of a place to call home.

You’ll encounter other players in a massive open world, and you can choose to fight together against evil, invite them into your party, or simply ignore them.

The game is faithful to the “souls” genre of stamina-based combat, and it’s a brutal open world where you have to be careful of everything you encounter.

You can invite survivors to your Town, and each one brings their own crafting skills.

Famed fantasy author Mark Lawrence and renowned band Foreign Fields collaborated closely with the development team at A44 to craft a cohesive and unique narrative and sound.

Pathfinder: Wrath of the Righteous PC

Pathfinder: Wrath of the Righteous is a PC game that offers you the chance to end a conflict that has been raging for over a century.

You will have to make your way to the Worldwound, where a rift to the Abyss has unleashed monsters across the land.

You will create your own character with the flexible Pathfinder First Edition ruleset, and choose from 25 classes and 12 races to make your hero.

You will also have the chance to command the crusaders in a new tactical combat mode.

The game also features two combat modes, real-time with pause or turn-based, that you can switch between on the fly.

Warhammer 40,000: Darktide is a visceral 4-player co-op action game set in the hive city of Tertium.

In the depths of the hive, the seeds of corruption threaten an overwhelming tide of darkness.

A heretical cult known as the Admonition seeks to seize control of the planet Atoma Prime and lay waste to its inhabitants.

It is up to you and your allies in the Inquisition to root out the enemy before the city succumbs to Chaos.

Stem the overwhelming tides of enemies alongside up to 3 friends in this harrowing co-op experience.

Team composition and collaboration are critical, and will determine whether or not you secure victory for the God-Emperor.

Built on the legacy of Vermintide 2’s highly-praised melee combat, Warhammer 40,000: Darktide introduces a deep and balanced gunplay to the mix.

If you’re a fan of the Warhammer universe, then you’ll love Warhammer 40,000: Chaos Gate – Daemonhunters.

In this turn-based tactical RPG, you’ll take control of the Grey Knights, humanity’s greatest weapon against the corrupting forces of Chaos.

With an intriguing narrative penned by acclaimed Black Library author, Aaron Dembski-Bowden, and fast-paced tactical combat, this is a game that Warhammer fans won’t want to miss.

Customise your squad of Grey Knights with voice, armour and facial options, and upgrade your base of operations by building new facilities and conducting research into arcane mysteries.

You’ll need to be strategic in your decisions, as the Bloom, an intergalactic cosmic plague, threatens to destroy worlds.

Which planets will you save?

So suit up and get ready for some fast-paced, tactical action in Warhammer 40,000: Chaos Gate – Daemonhunters.