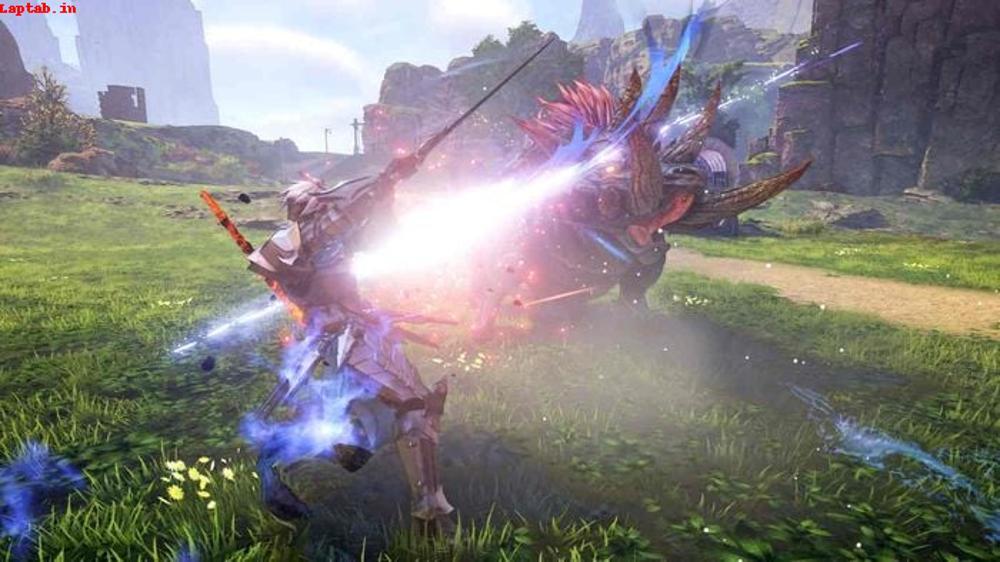 Introducing Tales of Arise PC- a brand new RPG adventure set in the world of Dahna.

With an all new graphics shader inspired by anime and watercolor painting, explore a world that comes to life with stunning visuals.

Climb over the rocky terrain, swim in rivers, gather around the campfire, cook food, head to the next town, defeat the master of an alien planet, and liberate the people!

Overcome hardships and grow together with your unique group of friends in this stylish action packed game.

Step into the world of TEKKEN and experience the exciting conclusion to the Mishima clan’s story.

With stunning graphics powered by Unreal Engine 4, TEKKEN 7 features cinematic battles and intense duels that will keep you coming back for more.

So get ready to enter the ring and experience the ultimate fighting franchise today!

NARUTO TO BORUTO: SHINOBI STRIKER is a new battle experience for the NARUTO franchise that lets you compete as a team of four characters against other teams online from around the world.

With over 100 characters to choose from, you can customise your team with various characters and combinations of jutsus, special abilities and more.

SHINOBI STRIKER also features a new graphic style that makes the most of the franchise’s visually stunning and breathtaking graphics.

So if you’re a fan of the NARUTO anime, or just a fighting game enthusiast, this is definitely one to check out!

Devil May Cry is back with a vengeance in the fifth installment of the high-octane action series.

Join Nero, Dante, and V as they take on the demonic hordes that have taken over Red Grave City.

With groundbreaking graphics, an amazing soundtrack, and three unique playable characters, Devil May Cry 5 is an action-packed gaming experience you won’t want to miss.

Are you looking for an intense, action-packed fighting game with a killer soundtrack?

This latest entry in the critically acclaimed Guilty Gear series does not disappoint, with its hybrid 2D/3D cell-shaded graphics, fast-paced gameplay, and heavy metal-inspired soundtrack.

Join Sol Badguy and his rival Ky Kiske as they face the final confrontation with That Man, the person responsible for all the destruction and damage to the world.

With a starting roster of 15 unique characters, there is sure to be a fighter that suits your playstyle.

And if you’re new to the series, don’t worry – Guilty Gear -Strive- features a number of new gameplay mechanics designed to be simple and welcoming for newcomers.

Get ready to rock out and fight for the fate of the universe in Guilty Gear -Strive-.

Relive the story of Goku and other Z Fighters in DRAGON BALL Z: KAKAROT!

This action RPG brings the world of DBZ to life like never before.

Fight across vast battlefields, experience epic boss battles, and explore the world of Dragon Ball in a way that only an RPG can deliver.

Plus, with the Deluxe Edition, you’ll get the game’s Season Pass, adding even more content to an already massive game.

In Monster Hunter Rise, you take on the role of a hunter tasked with protecting the village of Kamura from hordes of monsters.

You’ll have access to a variety of weapons and tools to help you take down these monsters, including the new Wyvern Riding mechanic.

The game also features stunning visuals, an unlocked frame rate, and a variety of other PC-specific optimizations.

Monster Hunter Rise is an upcoming action RPG for the PC.

In it, players take on the role of a hunter, exploring new maps and using a variety of weapons to take down fearsome monsters.

The game features a number of returning monsters, as well as new creatures inspired by Japanese folklore.

There are 14 different weapon types to choose from, each with its own unique gameplay style.

Monster Hunter Rise also includes a number of PC-specific optimizations, such as 4K resolution, HDR, and an unlocked frame rate.

The game is set in Kamura Village, a serene locale inhabited by a colorful cast of villagers who must work together to face a looming threat.