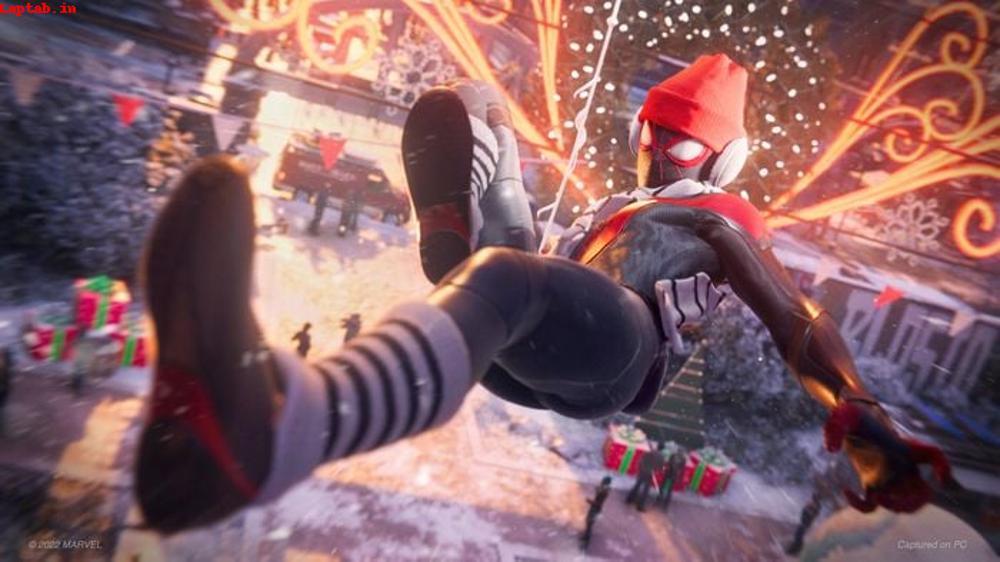 Do you enjoy playing video games that take you on an adventure? If you’re looking for the best adventure games for PC, you’ve come to the right place. In this blog post, we’ve put together a list of 10 great adventure games that will keep you entertained for hours on end.

So, without further ado, here are the 10 best adventure games for PC:

Marvel’s Spider-Man: Miles Morales is an action-packed adventure game that lets you take on the role of the iconic superhero.

The game features an all-new story that follows Miles Morales as he adjusts to his new home and tries to follow in the footsteps of his mentor, Peter Parker.

When a power struggle threatens his home, Miles must harness his unique abilities to save the day.

With stunning graphics and fast-paced gameplay, Marvel’s Spider-Man: Miles Morales is an immersive gaming experience that fans of the franchise will love.

Grand Theft Auto V: GTA 5 Premium Online Edition is the perfect game for anyone who wants to experience the thrill of a heist.

With three different characters to play as, you can pull off a series of daring heists across Los Santos.

The game also features stunning visuals, running up to 4k resolution and 60 frames per second.

The game is set in a post-apocalyptic world where zombies have taken over and survivors must do whatever it takes to survive.

The top 3 reasons to play 7 Days to Die are: 1) Explore a horrifying open-world experience; 2) Engage in exciting gameplay including first-person shooter mechanics, survival horror, tower defense, and role-playing; and 3) Experience the ultimate horror adventure and survive against the deadly hordes.

You play as Arthur Morgan, a member of the Van der Linde gang (and now a fugitive).

You must flee to survive in Red Dead Redemption 2.

The game will take you on a journey deep into the heartland of America.

You must decide how much of your old life gets left by the wayside, and how this journey will finally end.

At the same time, he must balance his personal life and career while the fate of Marvel’s New York rests on his shoulders.

With improved combat, acrobatics, and traversal, as well as an original story, this is the ultimate Spider-Man experience.

Days Gone for PC is an open-world action-adventure game set in a post-apocalyptic world two years after a global pandemic.

The game follows the story of former outlaw biker Deacon St. John as he tries to find a reason to live in a land ravaged by death and violence.

The game is set in the Pacific Northwest region of the United States and is filled with beautiful, yet deadly, landscapes.

From forests and meadows, to snowy plains and desert lava fields, the world of Days Gone is both beautiful and dangerous.

Players will have to scavenge for supplies and weapons in order to survive, and will also have to deal with hostile survivors and deadly hordes of zombies.

With its compelling story, brutal combat, and stunning setting, Days Gone is a must-play for fans of post-apocalyptic games.

The Dark Pictures Anthology: The Devil in Me PC

The Dark Pictures Anthology: The Devil in Me is a horror game that will keep you on the edge of your seat.

It features a replica of serial killer H.H. Holmes’ ‘Murder Castle’, which is perfect for a group of documentary filmmakers to explore.

However, things quickly take a turn for the worse when they realize they are being watched and even manipulated.

With the all-new season finale features, you’ll have to use your wits to escape the torturous creations of an evil monster and survive the ‘killing rooms’.

Can you outsmart the killer and make it out alive?

Red Dead Redemption 2 is an open-world western game that takes place in 1899 America.

You play as Arthur Morgan, a member of the Van der Linde gang, who is on the run from the law.

You can choose how to spend your time, and how the story will end.

Aloy’s journey to uncover her past, discover her destiny, and stop a catastrophic threat to the future begins now.

With the Horizon Zero Dawn: Complete Edition for PC, you get the entire award-winning action RPG, plus the huge expansion The Frozen Wilds, featuring new lands, skills, weapons, and Machines.

In Horizon Zero Dawn, you’ll take on the role of Aloy, a young hunter who has been exiled from her tribe.

She sets out on a quest to uncover her past, discover her destiny, and stop a catastrophic threat to the future.

With the Horizon Zero Dawn: Complete Edition for PC, you get the entire award-winning action RPG, plus the huge expansion The Frozen Wilds, featuring new lands, skills, weapons, and Machines.